Around the World in Nine Photos

Do you love stories from around the world? Check out the work of the following nine photographers on WordPress.com and allow your imagination to take you away…

Nathanael‘s monochrome photo of the Star Lite Motel in Mt. Airy, North Carolina, conjures images of wayward romances and clandestine meetings. We loved the marquee’s message, “Forgive and forget its human to err.” (sic) which offers an almost haunting absolution. For more of Nathanael’s work, check out his blog, G’Nat’s Eye View. 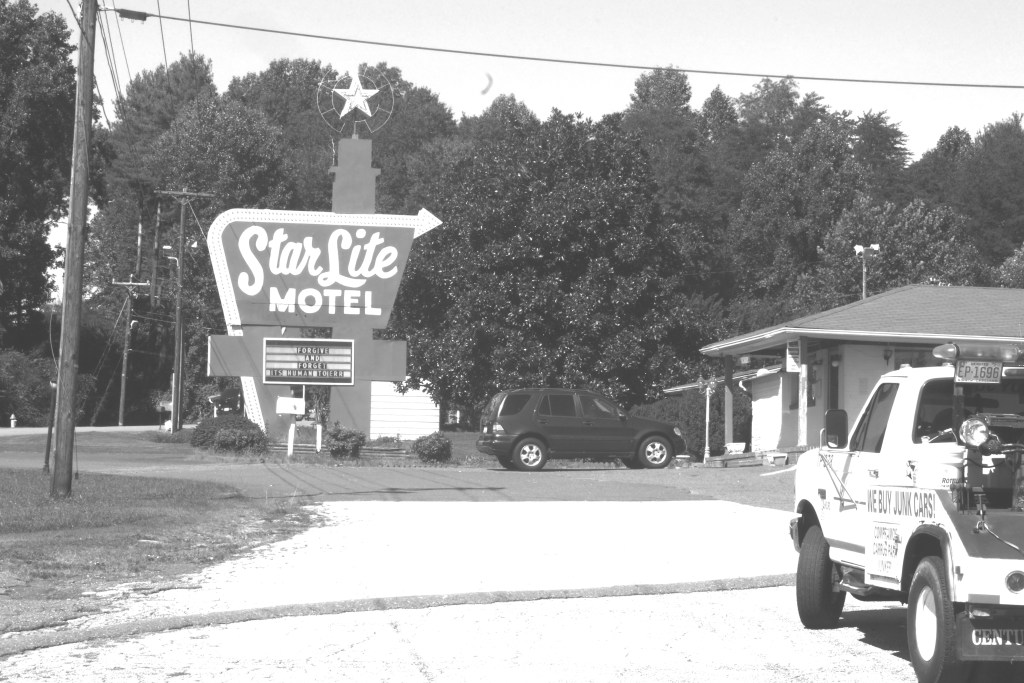 The image below, by UK photographer Andy Hooker, had us at hello. We love how the sign matches the woman’s red coat and how her right leg is in crisp focus just as her stride reaches the “h” above her head. Check out more of Andy’s work at LensScaper. 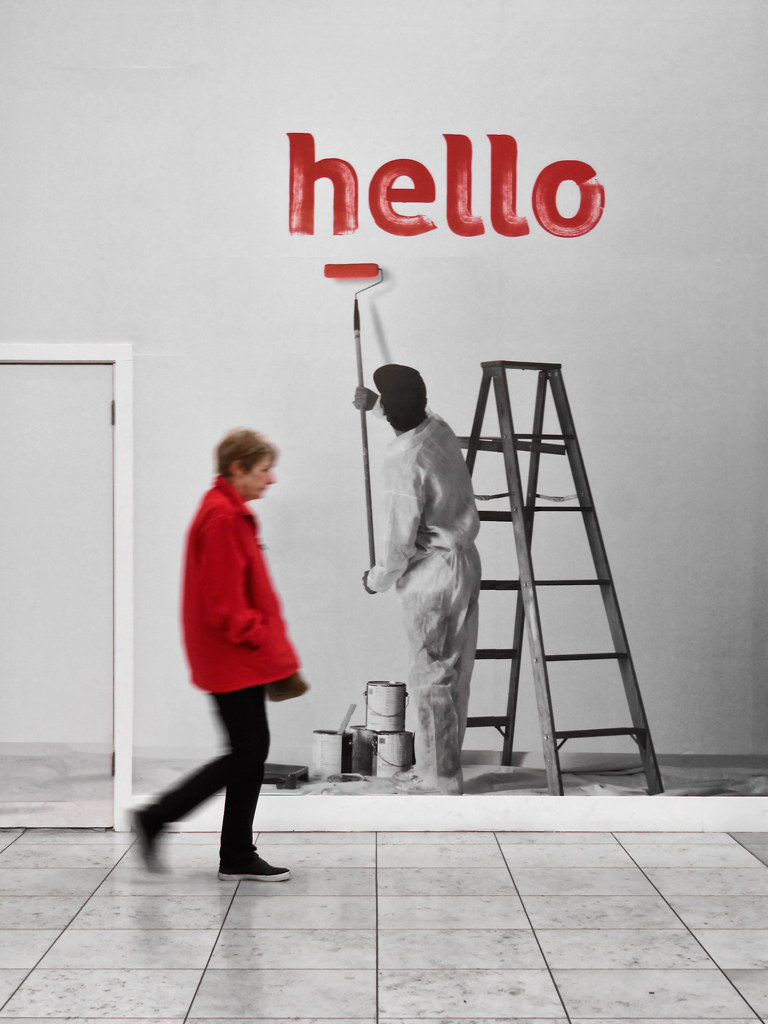 Bao Pham‘s photo of this graffiti sneer in bold, brilliant color lends an even more menacing effect to the shot of the motorcycle below, as if the bike’s owner is watching over you. The photo was taken in Melbourne, Australia. For more, visit Bao’s site. 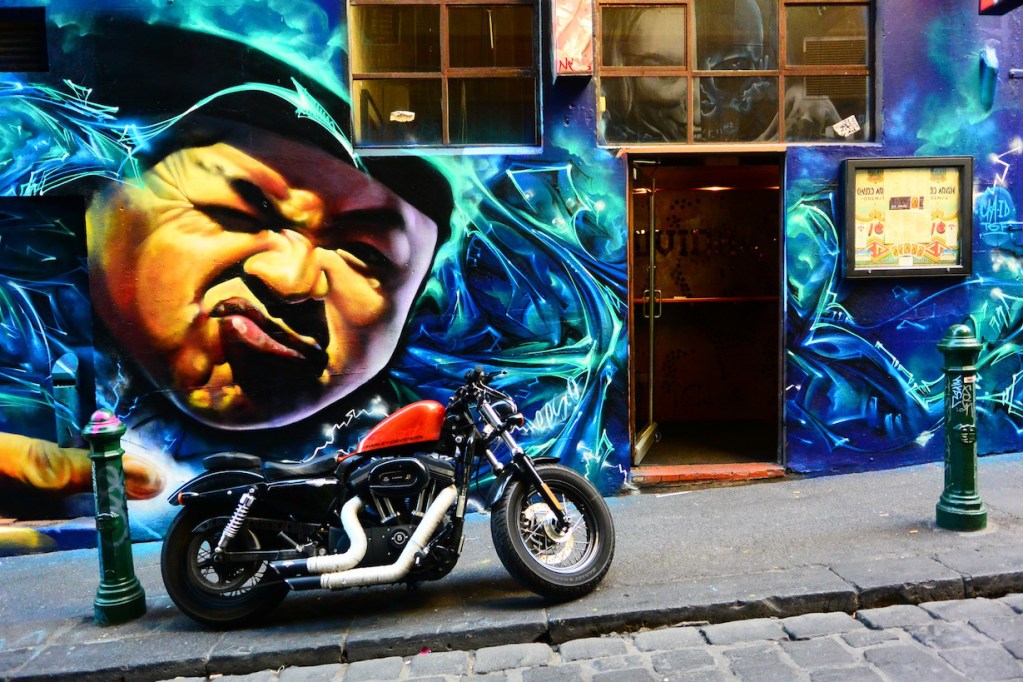 Below, Debopriyo Datta‘s photo of these anthropomorphic recycled robots, captured during the Durga Puja festival in Calcutta, India, will make you smile. 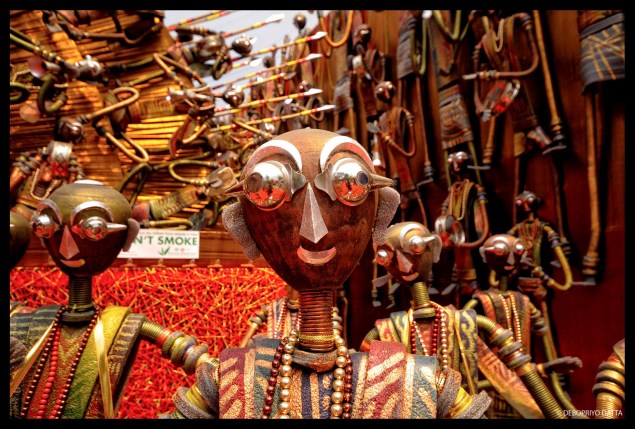 At The Film Shooter, Kutay’s photo of this young, ever-so-elegantly dressed solo violinist, as seen busking in Paddy’s Market in Sydney, Australia, captured our imagination. We couldn’t help but wonder which piece he was playing. 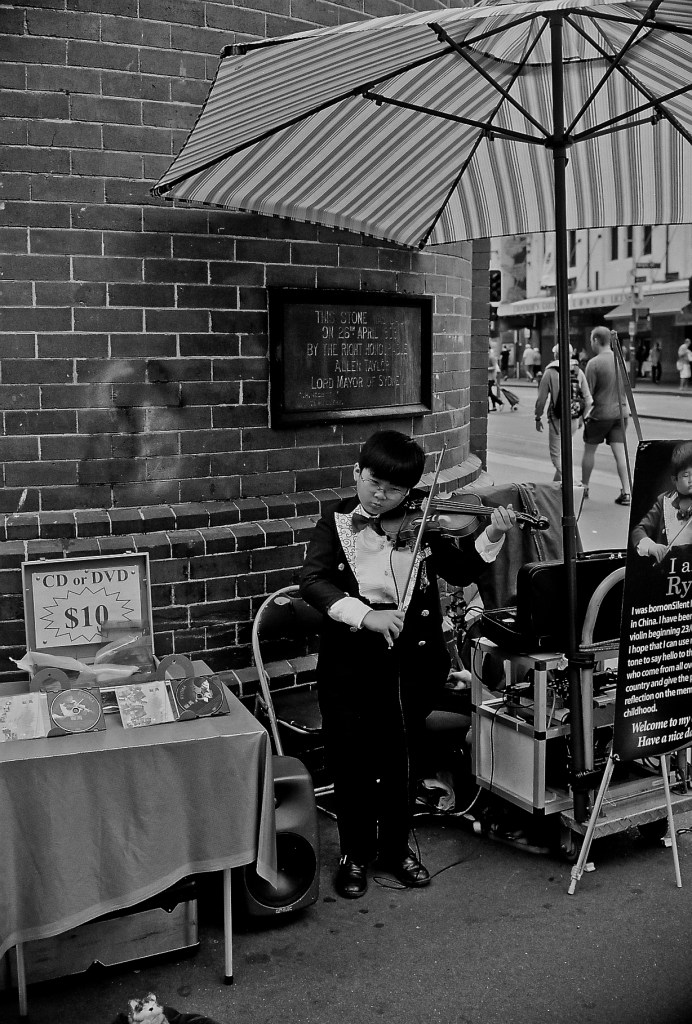 From stand-still above to to photo-finish below, we loved the motion depicted in Paulo César Silva’s image of three cyclists in Funchal, Madeira Island, Portugal. Visit COTTIDIANUS to see more of Paulo’s work. 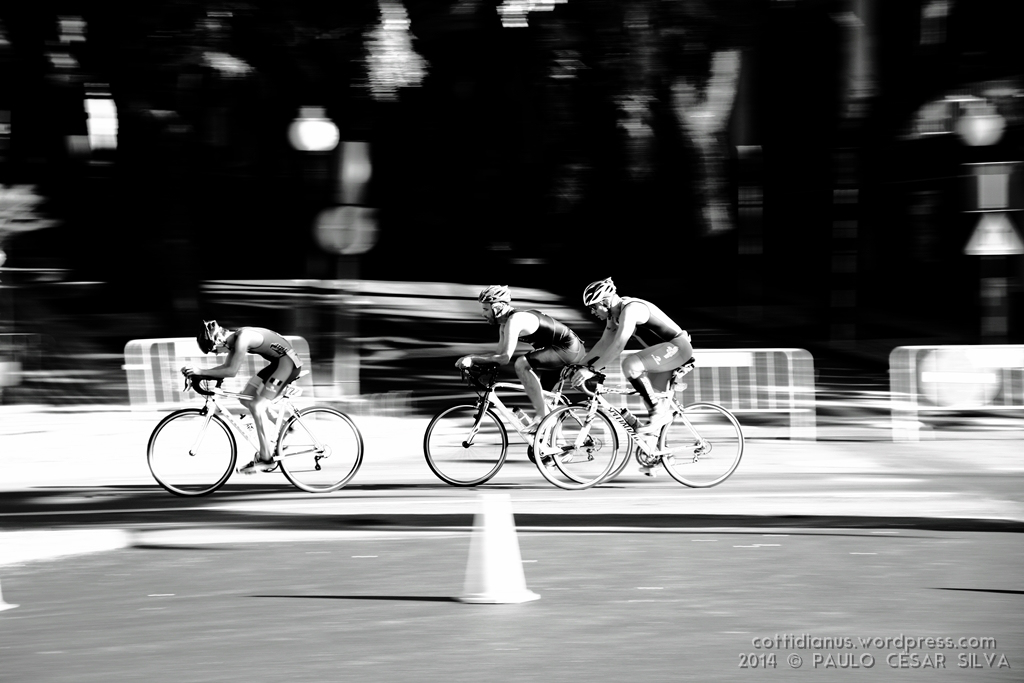 From vibrant color to evocative darkness, sashnortier‘s image of a man in repose, smoking a cigarette in Cape Town, South Africa, is rather striking, wouldn’t you agree? 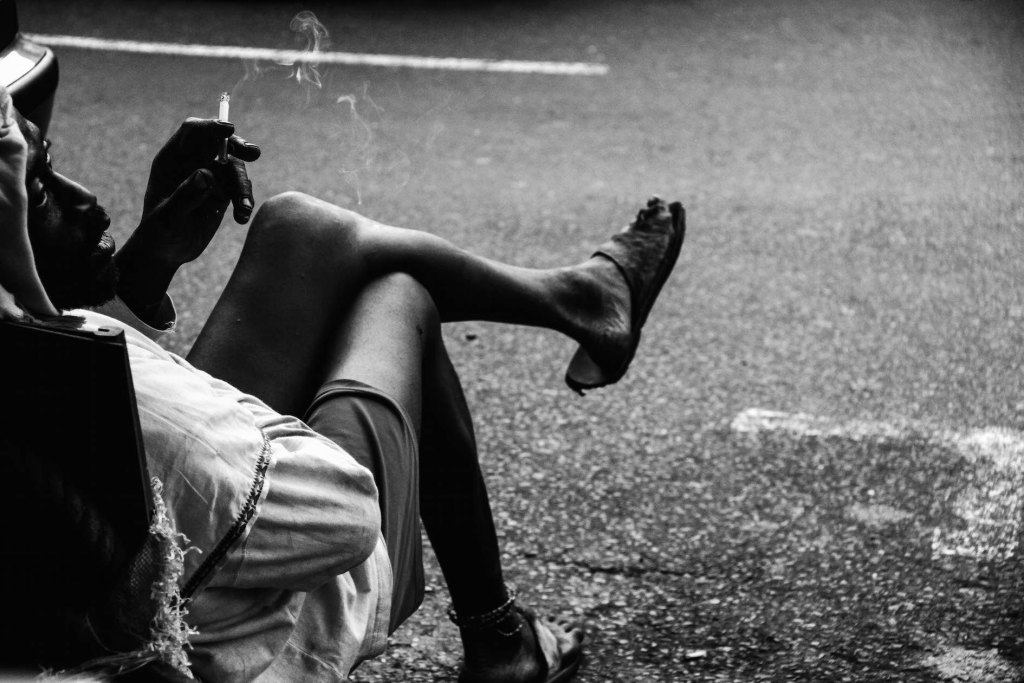 At the last stop on our world tour, we have a photo by lotof at a bar in Freiburg, Germany. The juxtaposition between the bold faces in the doorway poster and the lone contemplative figure at the bar has us wondering about the man’s backstory: is he relaxing after a hard day at work, drowning his sorrows, or celebrating? Only your imagination knows for sure. 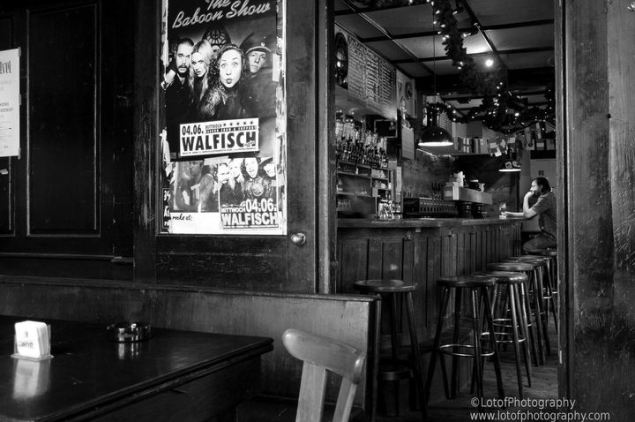 For more amazing photographs, follow the street photography tag in your Reader.